What Is The Best Way To Eat Your Groundnuts? 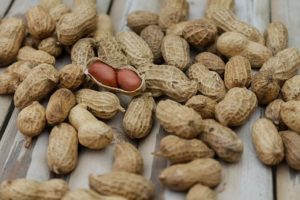 Groundnuts have been in season in Nigeria for a while. You will find heaps of raw unshelled groundnuts being sold in large basins in the Market place. You would also find street hawkers selling boiled groundnuts more often now.

Groundnuts are very delicious and they add so much flavor and nutrition to our diets. However, a number of people are weary of how much groundnuts to consume because of the high oil content and some just stay clear of it. So, what is the best way to consume groundnuts to enjoy what the land has to offer without any worries? Well, you be the judge after reading this:

Description
Groundnut, also called Peanut, is actually a legume even though it is called a Nut. It, therefore, belongs to the family of crops like beans, soybeans, peas. It is also an oil crop because of the large amount of oil that you find in it. But for culinary purposes and some classification, it is referred to as a Nut. 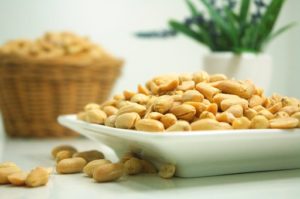 Groundnut is an important crop, especially to the African community. It grows in almost all the countries in Sub-Saharan Africa and long before the oil boom, the Groundnut pyramids of Kano in Nigeria were a pride of the Nation.

Current major producers of groundnut in the world include China, India, Nigeria, USA and Myanmar however, the productivity of the groundnut from the Americas is higher. In west Africa, Nigeria remains the major producer. Some of the producing states are Kano, Katsina, Kaduna, Sokoto, Jigawa, Zamfara, Adamawa, Bauchi, Plateau, Benue, FCT to mention a few.

Apart from its use as food providing protein, cooking oil and vitamins, groundnut is also important in agriculture and development because it improves soil fertility and generates employment for the poor.

Nutrition
Groundnuts are usually harvested for its oil, protein and micronutrients. The oil has about 40-56% of Oleic acid (also found in olive oil, rapeseed oil, safflower oil and tiger nut oil) and about 33% of linoleic acid. It also contains saturated fats (about 10%) and the oil contains some Vitamin E. However, some producers add more Vitamin E to help preserve the oil. 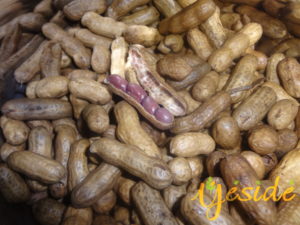 If you decide to add some boiled groundnuts (salted) to your diet, 1 cup of groundnut (with shell) is about 63g and it contains 200kcal of energy (imagine the quantity if you eat about 2,000-2,500kcal daily), 8.5g of protein, 13.8g of fat, 13.4g of carbohydrate, 5.5g of fibre. For the micronutrients, you can get an appreciable amount of calcium, potassium, phosphorus, sodium, folate, and vitamin E.

The skin of groundnuts also contains antioxidants and bioactive compounds which may promote health and prevent diseases such as resveratrol, phytosterols and flavonoids. Resveratrol is said to be able to reduce the risk of heart diseases and cancer.

For the dry roasted groundnuts (salted), about ½ a cup of the shelled groundnuts will give you 320kcal of energy, 14g of protein, 28g of fat, 4g of fibre. You also get some of the micronutrients although some are lost during the roasting process. 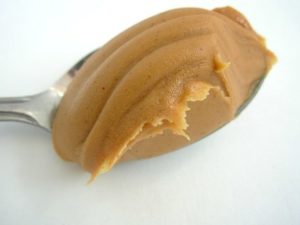 Just one 1 tablespoon of Peanut butter gives about 80kcal of energy, 3.5g of protein, 7g of fat, 1g of fibre. 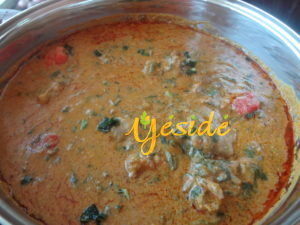 Another way to enjoy your groundnut is to cook it as a soup or stew. The groundnut soup is a popular soup in many African countries. Groundnuts are used dried or roasted. Check out how to use this groundnut in cooking from Nigeria and Uganda. There are so many recipes on the internet with groundnut as an ingredient.

When You Should Not Eat Groundnut

Allergies
If you have allergic reactions to groundnuts, you have to exclude groundnuts and all it s products from your diet. In case of infants and children, gradual introduction to groundnuts is important so that if there is a reaction, it can be easily noted. Groundnut allergies can be mild causing watery eyes and severe causing anaphylactic shock.

One of the common problems with groundnut in Nigeria is contamination by Aflatoxin. Aflatoxin is produced by the mold Aspergillus flavus when it comes in contact with the crop from farm or post harvest. Aflatoxin has been said to be carcinogenic and a serious culprit in lung cancer. Aflatoxin is also important because of its contribution to malnutrition. Promotion of aflasave seeds have been ongoing by different organizations such as the International institute of Tropical Agriculture (IITA) in the country.

In a Nutshell
Groundnuts can be enjoyed especially when you eat them in moderation. Moderation is the key word when eating most foods except for fruits and vegetables. If you are worried about high calories though, you can enjoy some quantity of boiled groundnuts or add some roasted groundnuts with skin to your snack and enjoy.

For Infants (above 6 months) and children, groundnuts make a great addition to their diets because they are still growing and the nuts can add to their calorie and micronutrient intakes.

If you have access to aflasave groundnuts, do not hesitate to enjoy them but eating groundnut in moderation is key as mentioned before. If you are eating a diverse diet including groundnut would be a great addition and you will be on your way to eating better. Don’t forget to live better too.

There are a lot of crops in Nigeria that are uncultivated and are harvested from the wild that would remain unpopular. Many of these...
Read more
Food Composition

Acha, White Fonio is an underutilized cereal consumed in several West African countries such as Togo, Burkina Faso, and Nigeria. In Nigeria, it is...
Read more
Everyday Nutrition

Happy new year, Be healthy Africa Family. For those of you who make resolutions for the new year and set health goals, this article...
Read more
- Advertisement -