4 Healthy Food Cultures to Adopt from Around the World 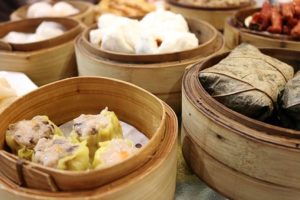 Eventually, your food culture plays a huge part in determining your health and that of your generation.

In Africa, it is part of our food culture to cultivate and consume starchy crops such as yam, cassava, corn. We have festivals surrounding these foods that date far back in history. However, over time, as the world keeps getting more connected, we merge our cultures (with that of other countries) or we adopt some part of their cultures.

The western food culture is the most popular food culture that has influenced the world. This is one of the reasons why, today, wheat is one major staple in the African diet. Another example is rice. While Africa also has indigenous rice, it was not so much a popular meal like it is today. This influence can also be linked to the Asian continent where rice has always been the major staple.

While we pick up different food cultures along the way, some have caused us more harm than good. e.g. increase in consumption of sugar, rice and wheat, which are mostly refined, have contributed to the rise in chronic diseases.

India is an Asian country with a rich food culture. Although, like Nigeria, it has adopted different food cultures from the time of their colonization and it is still happening. There are, however, many indigenous food patterns and practices in India that have been consistent since. 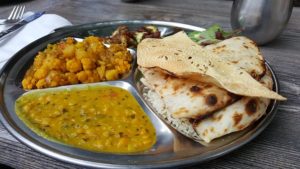 One of the healthy food patterns is their rich array of traditional dishes made of legumes such as beans and lentils. Examples are chickpeas also called Chana and a variety called Bengal gram; moong (mung beans), toor (pigeon pea), urad (black gram). Legumes are a great addition to any meal because they contain a significant amount of protein, carbohydrates, fibre and resistant starch which are great for the gut health and health in general. They make some of these legumes into curries and soups and other kinds of delicacies that are indigenous to them. 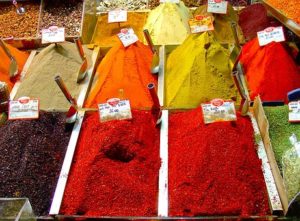 In addition, Indian cuisine is noted for its great use of spices and herbs. A lot of herbs and spices have shown to have phytochemicals and antioxidants that are very beneficial to health and preventing diseases. Such herbs and spices include holy basil, turmeric, black pepper, fenugreek, mustard, cumin, cardamom, garlic to mention a few.

Incorporating some of these herbs, spices and legumes would be a plus to our diets.

Greek cuisine, that is the traditional Greek cuisine, is one that has been called one of the healthiest cuisines in the world. You might recognize the phrase ‘Mediteranean diet’. This diet has been studied scientifically and has been shown to improve health. It consists of eating green leafy vegetables especially the dark kind; olive oil, omega-3-rich fish, grains, fruits, and legumes. It has been particularly known to improve heart health and reduce the risk of cancers. 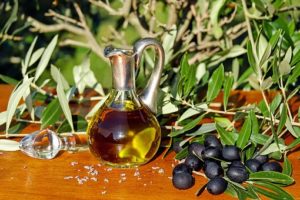 How can Africans adopt these diets especially when Olive oils are so expensive and we do not live by the sea sides to get a rich harvest of fresh fish to establish an everyday food pattern? 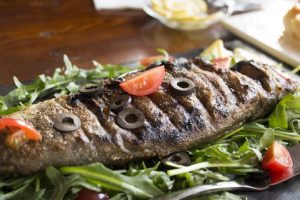 Well, those who can afford them can include them in their diets. There are alternative oils that are similar to the olive oil e.g. the tiger nut oil (the tigernut sedge is underutilized and it grows like a weed). You can also incorporate fatty fish into your meals whenever you can. Africa has a rich abundance of dark leafy veggies and you can easily incorporate them into our indigenous cuisines.

Thailand is a country in South East Asia also known for its share of delicious cuisines some of which are healthy. Fruits, lean meat, seafood, rice, noodles, vegetables, herbs and spices are a popular feature in Thai cuisine. Thai soups called Tom Yum are particularly popular in different parts of the world. 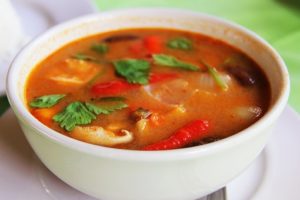 A CNN report mentioned a particular soup Tom Yum Goong (Kung) as possibly having cancer fighting properties and its being studied in some Asian universities. 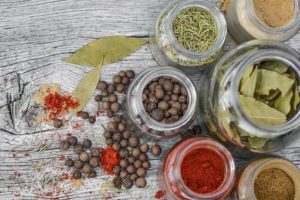 We have some of these herbs and spices in Africa and some ethnic regions actually make use of them in making medicinal cocktails (Agbo) and traditional foods. Incorporating these herbs into our foods would do us some good.

On the internet, you would hardly find an African country on the list of countries with the healthiest diets. This does not mean that we do not know how to eat healthy in Africa or that we do not have healthy foods. We have traditional recipes and soups that research is now finding out that they contain cancer-preventing as well as body healing properties. An example is the Marugbo soup (Gbanunu or Belentientien) I have written about this before. There are many more. 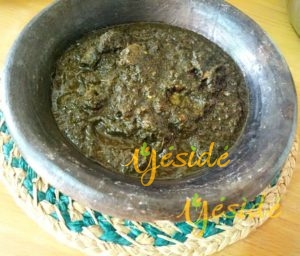 Hopefully, one day, we will have more studies on functional (health promoting, disease preventing) soups that we can display for the world like the Tom yum goong. (If you know of any, please send me a message so I can research them and get the recipes out there.)

Globally, the incidences of chronic diseases like cancer have risen. We owe ourselves and our generation the duty to keep ourselves healthy because food transcends culture; food is gene, food is DNA, food is life.

What I want you to take from this article is that you can adopt healthy food cultures and incorporate them into your food culture and that of your family. For example, let us reduce the pizza and white bread food patterns for healthier options and increase our use of herbs and spices and cooking with legumes.