Your Fried fish ‘Eja Dindin’ May Not have Enough Omega 3 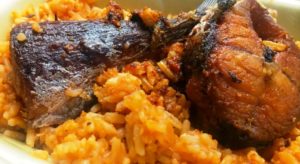 Your deep-fried fish ‘Eja dindin’ may not have enough omega 3 fatty acids. That is if it is a fatty fish and it is deep-fried. Trust bukas and canteens to fry fish until it resembles fried beef. This means that if you depend on Buka or canteen-fried fatty fish for your omega 3 or you do a lot of deep-frying of fatty fish, you might need to find another source of omega 3 to supplement your diet. 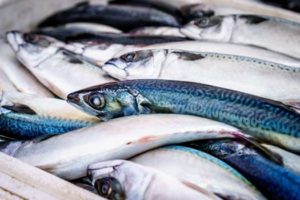 Your body needs omega 3s like Eicosapentanoic acid (EPA) and Docosahexanoic acid (DHA) for optimum function.  In fact, EPA and DHA have been reported to be protective against: depression and anxiety, autism and other mental health issues, autoimmune diseases, inflammation, cancer,and  heart diseases. Omega 3 have been associated with improving productivity and brain health (especially in the womb and infancy) to mention a few. They are so essential yet the body cannot produce them.

Scientific evidence actually recommends the eating of fatty fish as a great source of EPA and DHA. However, deep-frying our fish may have an effect on the level of EPA and DHA left. A number of studies have shown how deep-frying can destroy some of the Omega 3’s in your fish. 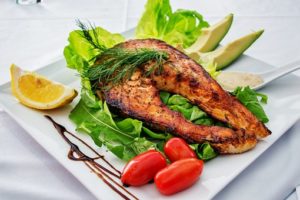 A 2003 study by Garcia –Aria and colleagues reported that deep fried salmon had the lowest amount of omega 3 even when other methods of cooking preserved it. Another study by Stephen and colleagues, showed that fried tuna lost as much as 70-85% of the EPA and DHA. The same story goes for silver catfish. While I have not seen any study on effect of deep-frying on Atlantic mackerel (a popular fish called Titus fish), from the trend of the studies on fatty fish, deep-frying seems to affect level of omega 3 in them.

It is important to note that another study had a contradictory conclusion: that there was no significant decrease in EPA and DHA in fried Trouts, herring, cod and rock sole. 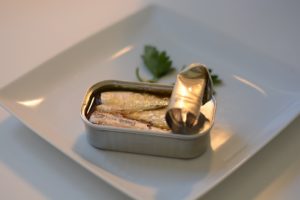 However, the heart foundation of Australia also advises their citizens against deep-frying fish and suggest alternative methods of cooking that are beneficial.

Another bad story to deep-frying fish especially with used oil (vegetable oils like soybeans, canola) is that trans fats are produced. Trans fats have been linked to heart diseases, obesity, diabetes and cancer. 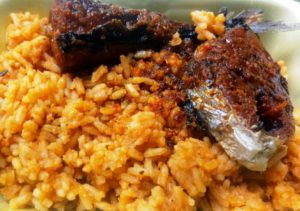 Apart from fatty fish, you can get Omega 3 from sea foods like Shrimp, crab. From plant foods, you can get them in walnuts (English walnut), flaxseed, soybean oil. I hope to explore more African nuts and seeds to see if they have Alpha-linolenic Acid (ALA), which is the form in which Omega 3 comes in plants.