Why you should include Cloves in your Foods and Drinks 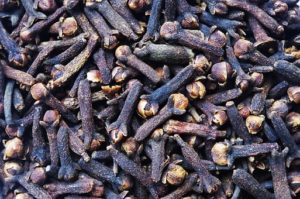 Herbs and spices have become very important to our everyday nutrition. This is not just because they add amazing flavors to our food and drinks and take our taste buds to the next level of oomph. However, herbs and spices also play a significant role in promoting health and preventing diseases. They have set places in traditional cuisines all over the world.

Herbs and spices have shown to contain phytochemicals which have powerful antioxidant activities; thus they have a strong role in reducing oxidative stress. This is essential for us to be healthy.

Today I am focusing on a particular spice – Clove. 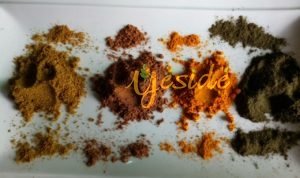 Some researches also have shown that it may protect against cancer.

Clove is the flower bud of the clove tree (Syzygium aromaticum). Locally, the clove is called Kanafuru in Nigeria. They are usually harvested before the flower opens up.

1 teaspoon of ground cloves contain (according to the USDA National Nutrient database):

In terms of phytochemicals, Cloves contain a concentration of Eugenol, which is a compound responsible for its antibacterial and anaesthetic abilities.

What are Cloves Used For?

It is a common spice in Asian, African and middle Eastern cuisines. This spice is popular for flavouring meats, curries and for marinading.

In Nigeria, it is a popular component of the Yaji (Suya spices) and it features in the making of Zobo drink (roselle calyx drink /hibiscus drink). It is also used in soups and stews.

In Indonesia, where it is largely produced and exported, cloves are used to make Kretek, clove cigarette, made of tobacco and cloves. However, this cigarette is not regarded as safe because the risk of lung damage is higher than the normal cigarette.

However, cloves have longstanding traditional importance as they have been used in the treatment of different ailments.

In modern day dentistry, cloves are used as a relief for toothache and you can find it as a component of some toothpaste.

It also has preservative properties. As far back as 1980, researches have shown that cloves can prolong shelf-life of open market meats. Fast forward to 2010, the telegraph UK wrote an article about scientists who were looking to see if cloves, having high content of antioxidant activity, could replace synthetic antioxidants used to preserve food. 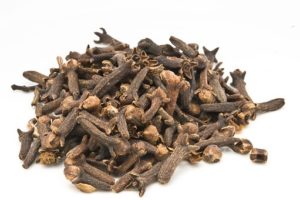 Eugenol, the compound in cloves that is responsible for its antifungal, antiseptic and anesthetic ability, is said to be toxic even in relatively small quantities. Eugenol, when consumed in high amounts can cause liver damage.

In 2007, a study was carried out by Nwaopara and colleagues on the effect of spices in Yaji (suya spice) on the liver. The results showed that excessively consuming the spices inYaji could cause acute hepatitis. These spices include clove, ginger, black pepper, and red pepper. Please note that the Yaji, when consumed moderately, has beneficial effects on the body (according to a 2013 study by Eruke and colleagues).

How Can You Use It?

Apart from how it is often used in cooking, cloves can also be made into tea, of course using a little quantity due to its strong flavor and toxicity if consumed in high amount.

If drinking it as a tea does not appeal to you, you can include it as a spice to boil your meats and other fleshy foods. You can use it to spice up your regular soups, stews and drinks.

Cloves are being revealed as a powerful spice that can improve health and reduce the risk of diseases. Why not include it in your diet? You can easily get it in the African markets and you only need a small quantity at a time.

As always, don’t forget to eat better and live better.